During my seven day absence from the Trust, I decided to write a poem inspired by pantheism. Pantheism was a Christian theology which grew out of the thinking of philosophers such as Burach Spinoza and the Enlightenment. It changed the traditional role of God as simultaneously a divine adjudicator and divinely unknowable and instead took on the pagan view of all things being equivalent to God. Pan – means ‘all’ or ‘everything’ and ‘theos’ means ‘God’. In other words God was immanent and part of all of reality, just as all of reality itself was God.

To investigate the natural world in the name of science was to investigate the sacred. To some within the church this was problematic but throughout the last five hundred years pantheism has had some seriously high profile advocates amongst them:

Giordano Bruno, Johann Gottlieb Fichte, Friedrich Wilhelm Joseph Schelling and Georg Wilhelm Friedrich Hegel, Knut Hamsun in Norway as well as Walt Whitman, Ralph Waldo Emerson and Henry David Thoreau. This new approach to mankind’s relationship with God meant that as then, just as now, science and Christianity could be less in conflict with one another.

To William Wordsworth and Samuel Taylor Coleridge, the edict of ‘Let Nature be your Teacher’ meant that the natural world was display element to the vision of the divine. A key requirement however to any form of personal belief system is that it is subjected to due scrutiny prior to it being forced upon anyone else.

And hark! how blithe the throstle sings!
He, too, is no mean preacher:
Come forth into the light of things,
Let Nature be your teacher.
She has a world of ready wealth,
Our minds and hearts to bless—
Spontaneous wisdom breathed by health,
Truth breathed by cheerfulness.
One impulse from a vernal wood
May teach you more of man,
Of moral evil and of good,
Than all the sages can.
From The Tables Turned – William Wordsworth

This is thematically picked up in H G Wells’ novel The Invisible Man. 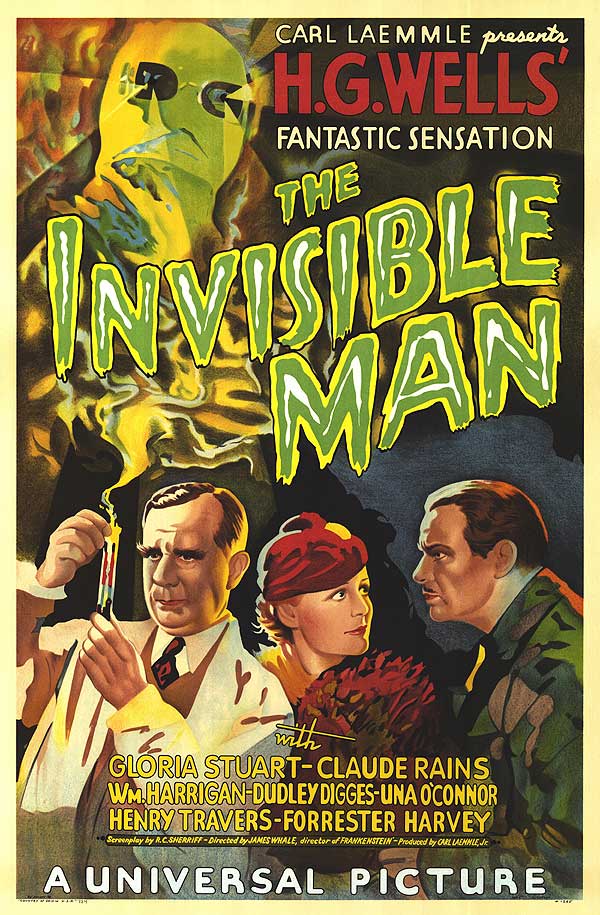 The novel itself is loosely based upon a section of Plato’s The Republic called ‘The Ring of Gyges’. In the story of the Ring of Gyges, much like Tolkien’s ‘Lord of the Rings’ a sherpherd discovers a mystical ring of power which grants him the power of invisibility. 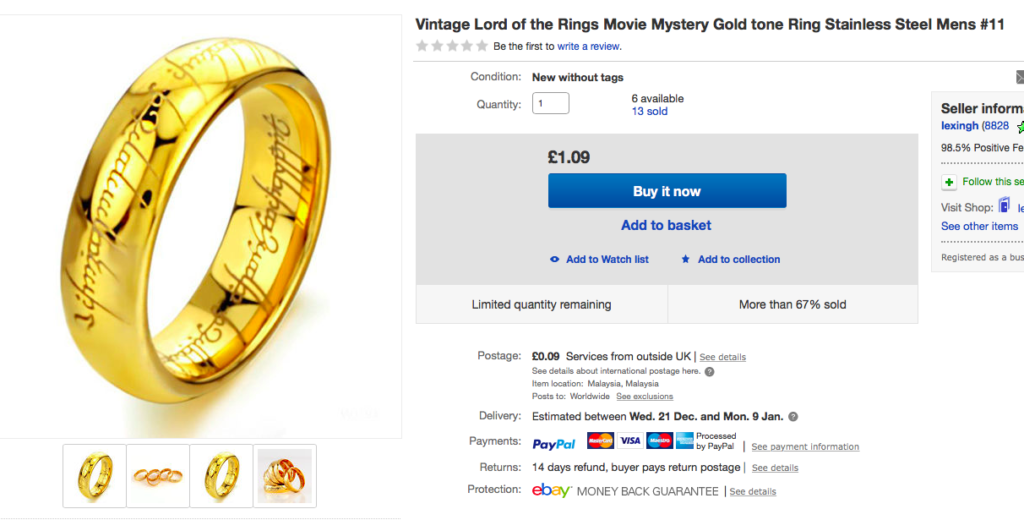 In the ancient world, and in the absence of such things as thermal imaging, the bearer of the ring was given almost god-like powers.

“…he chanced to turn the collet of the ring inside his hand, when instantly he became invisible to the rest of the company and they began to speak of him as if he were no longer present. He was astonished at this, and again touching the ring he turned the collet outwards and reappeared; he made several trials of the ring, and always with the same result–when he turned the collet inwards he became invisible, when outwards he reappeared.

No man would keep his hands off what was not his own when he could safely take what he liked out of the market … or kill or release from prison whom he would, and in all respects be like a God among men.”

There is a profound question of ethics of what to do once endowed with the ability to become invisible. There is plenty of conversation on the subject throughout the internet, with many commenting that they would use their new-found power to spy on people which is markedly creepy.

In H G Wells’ novel, the Invisible Man has contrived a recipe to make a human being invisible by adjusting his own ‘refractive index’. In a rash decision, the protagonist, Griffin, tries the concoction on himself. His only confidante is his assistant Kemp. After very little time Griffin’s new circumstances as an invisible man overwhelm his moral sense of self and he thinks too little of robbery and murder.

‘I made a mistake, Kemp, a huge mistake, in carrying this thing through alone. I have wasted strength, time, opportunities. Alone—it is wonderful how little a man can do alone! To rob a little, to hurt a little, and there is the end.’

Unsurprisingly, it’s not long before Kemp, too, loses faith in his friend’s motivations.

“Kemp’s hand went to his moustache. Was that a movement downstairs?
‘And it is killing we must do, Kemp.’
‘It is killing we must do,’ repeated Kemp. ‘I’m listening to your plan, Griffin, but I’m not agreeing, mind. Why killing?’
‘Not wanton killing, but a judicious slaying. The point is, they know there is an Invisible Man—as well as we know there is an Invisible Man. And that Invisible Man, Kemp, must now establish a Reign of Terror.’”

This runs counter to the more benevolent Invisible Man to be found in the 1970s series of the same name, in which lead scientist Daniel Westin pulls one over his evil employers the Klae Corporation, who are interested in selling his technology to the military. Westin who is endearingly both romantic and virtuous, then destroys his original lab equipment to prevent it falling into the wrong hands and creates his own private detective agency within the company called ‘The Klae Resource’. In the process he uncovers clandestine plots, frees hostages, and tries not to get caught naked, despite the fact that the clothes he wore in the lab on the day he turned invisible are also invisible – affected by the injection that Westin put… inside… his body.

There are further physical issues with becoming invisible, such as light which enters and interacts with the retina. Your body would be, technically, unable to detect where light was coming from, in addition the lens in our eyes which we rely upon to focus what we see would also no longer function. It would not be long before the invisible man would be either completely nocturnal or entirely blind.

In any case, imagining that it was possible to account for hair growth, sweat, injury, illness, and perhaps with the addition of some specialised goggles, I wrote a new version of the Invisible Man, in which our scientist protagonist, rather than go mad, is drawn to carry on life as best he can, while taking advantage of a few of the nicer things involved with being a living god, or the embodiment of god in all things…

Having made him a cape from an old cushion cover,
I took Nicholas my cousin’s kid, and flew him
like Superman all the way to the newsagents,
where he moved a Dime bar, two double AA batteries and
a copy of the Times with his mind.

And once, in the De Luxe Casino,
my aunt who’d lost her husband to a drunk
driver, bet the month’s mortgage on red 12
and mysteriously won.

And before now, I’ve stroked a sleeping
cheetah and felt her purr like the riffle shuffle
of cards, a sound which still haunts me.

Sleeping in first class, I’d forgotten how transparent I’d become,
and the floating headphones you might have seen
online were mine, but I flew without food all the way
to Auckland. Everything I drive or row looks remote-controlled,
so it pays to have a few wires or old CD player parts handy.

I put pressure on myself to read the classics, come up
with answers in graveyards to impossible questions.
I stopped by a church once, but had to leave early,
when I coughed and coughed amongst a group of mourners.
After a round of denials, I found myself explaining how
I came to be invisible which understandably nobody believed.

I spend much of my time on what is and what isn’t.
Apprenticing to a magician, I was struck
on the ankle, off-guard, followed by a blow
to the eye when I hadn’t seen in the stage lights
the twist of an aluminium hoop.

So here I am now out of sorts, photobombing tourists,
pretending I am the wind, or the voice of inner thoughts;
sometimes I think of myself as kind of luck,
from time to time a dog will bound up to me
to lick the air of my hands
as their concerned owner looks through me,
which is when, more or less, I have to disappear.