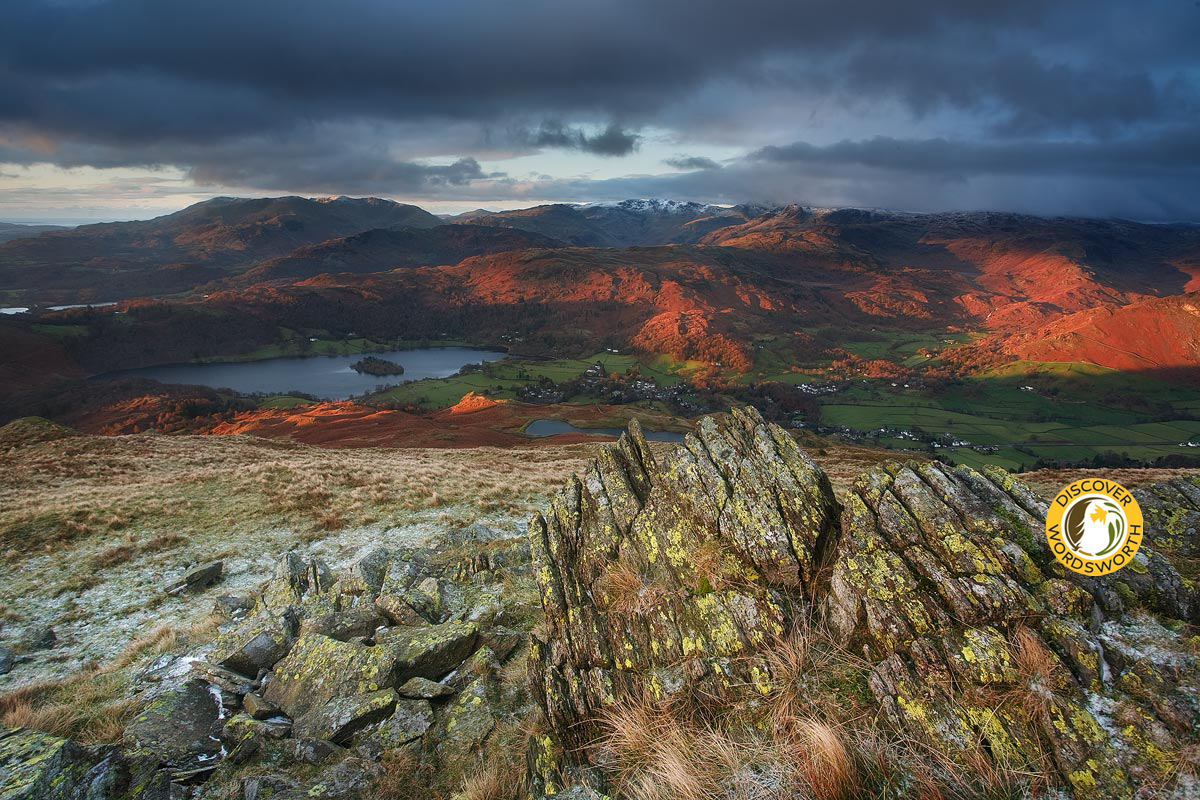 For the next few weeks, I’ll be wandering around with what looks like a punk rocker leprechaun, but is in fact a portable digital recorder, capturing some of the sounds that Wordsworth would have heard in his own lifetime. In addition, I’ll be recording poets, pupils, and community groups reading their work, which you’ll be able to listen to here, on this page.   Listen in to the sound of Greenhead Gill from Wordsworth’s poem ‘Michael’

Listen in to the sound of a tributary flowing from the location where Wordsworth might have thought the cottage of the Evening Star featured in the poem ‘Michael’ was built.

Here is a recording of the Wordsworths’ sitting room in Dove Cottage. Occasionally Wordsworth composed in here, but preferred to be on the move, describing a desk as ‘an instrument of torture’. The two clocks you can hear in the background are not from the period from when Wordsworth was living in the cottage, but most likely from the Wordsworths’ home in Rydal Mount.

I decided to sit outside in a light shower of rain and write, as Wordsworth did, in the garden at Dove Cottage, with pencil and paper. Wordsworth often took an umbrella with him as he worked. You can hear the shuffle of paper, and the jotting of the pencil moving across page. Occasionally rain fell on the microphone so there are a few pops and whistles in here…

Last week I wrote some poems with Belle Vue School and recorded them. You can listen to the wild imaginings of a very talented group of pupils below:

Fireworks in Ambleside, part of their annual switching on of the Christmas lights.

A cold dry windy morning. I worked in the garden, and planted
flowers, etc. Sate under the trees after dinner till tea time…. I went
to Ambleside after tea, crossed the stepping-stones at the foot of
Grasmere, and pursued my way on the other side of Rydale and by
Clappersgate. I sate a long time to watch the hurrying waves, and to
hear the regularly irregular sound of the dashing waters. The waves
round about the little Island seemed like a dance of spirits that rose
out of the water, round its small circumference of shore. Inquired about
lodgings for Coleridge, and was accompanied by Mrs. Nicholson as far as
Rydale. This was very kind, but God be thanked, I want not society by a
moonlit lake. It was near eleven when I reached home. I wrote to
Coleridge, and went late to bed.

Loughrigg Fell in rain… A misty and slightly treacherous downward journey across the fells towards Elter Water, but beautiful. One advantage was that in the mist and the rain the traffic sounds you hear below were drowned out. There are a few plips and plops where drops of rain kiss the fluff of the microphone despite best efforts to keep it sheltered!