For one week during the residency I took a Wordsworthian adventure to mainland Europe, and, more specifically, Sweden.

This he said would be sufficient for a month’s travelling. Because I had to be away for a week, I thought I could try Wordsworth’s travel advice for myself…

Head curator Jeff Cowton has recently been involved in restoring Wordsworth’s old portmanteau and you can catch some of the action over on YouTube. Although it looks quite large here – in fact it’s so small in reality, that you would be hard pressed to fit much more than a pillow inside it. 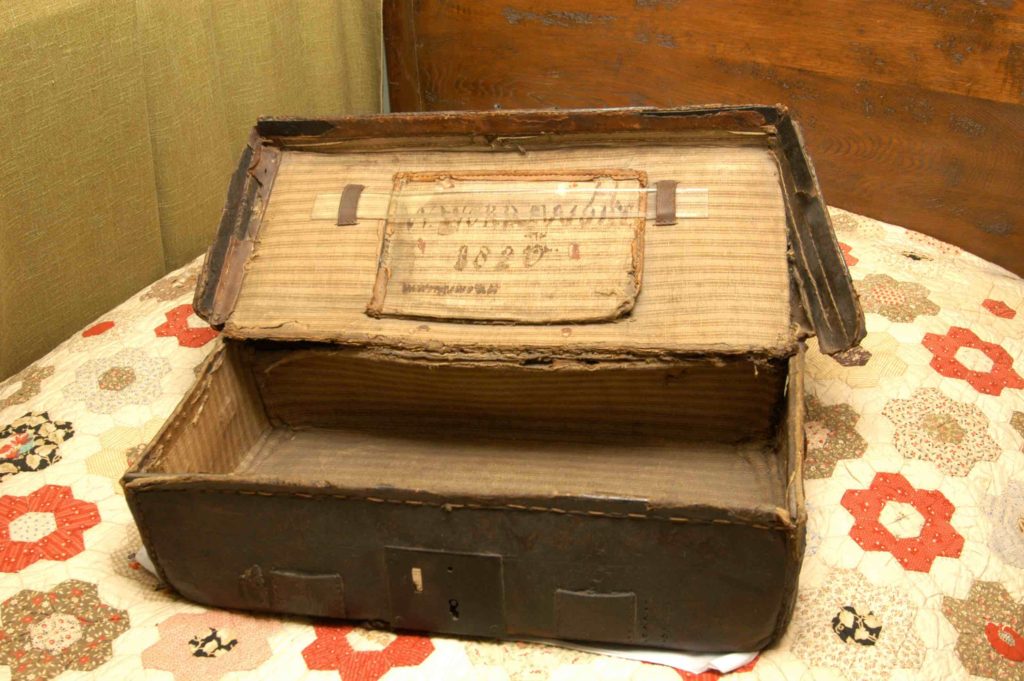 The visit to Sweden was to take part in a collaborative poetry project called Enemies or ‘Fiender’ in Swedish. The concept is that two poets are paired up across languages and told to produce a piece of poetry collaboratively. 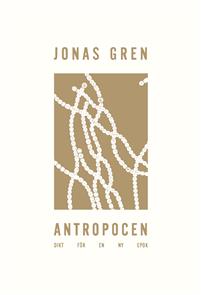 My partner would be the poet Jonas Groen. Jonas has just released his second book of poems ‘Anthropocene’ – so named because mankind has so profoundly altered the surface of the planet, that many believe that we’ve entered a new geological era of our own making.

His poetry chimes with my own on themes of the ecological, and there’s a playfulness to his lines which have, rather than punctuation, added space which makes the eye hesitate between the words:

Animals From the
depths of aeons Here

All I hear
is rain and cars

You can’t help pausing between the lines too, the rhyming ‘Here’ and ‘hear’ which keeps us in the same position of considering the aeons and simultaneously being out in the rain, listening to the cars. For my money there’s also an echo of military cadences in the repetition. In army work songs, or ‘military cadences’ (https://en.wikipedia.org/wiki/Military_cadence) men are encouraged to ‘Sound off’ in the style of a register, the typical response being ‘Here’. This is also commented upon in the popular science fiction show Battlestar Galactica in which a military greeting is, “What do you hear?” and the response, “Nothing but the rain.”

So came time to pack my bag. As you can see Wordsworth himself managed to slightly screw up the label on the inside, putting the H of ‘WORDSWORTH’ up slightly higher than the rest of his name… 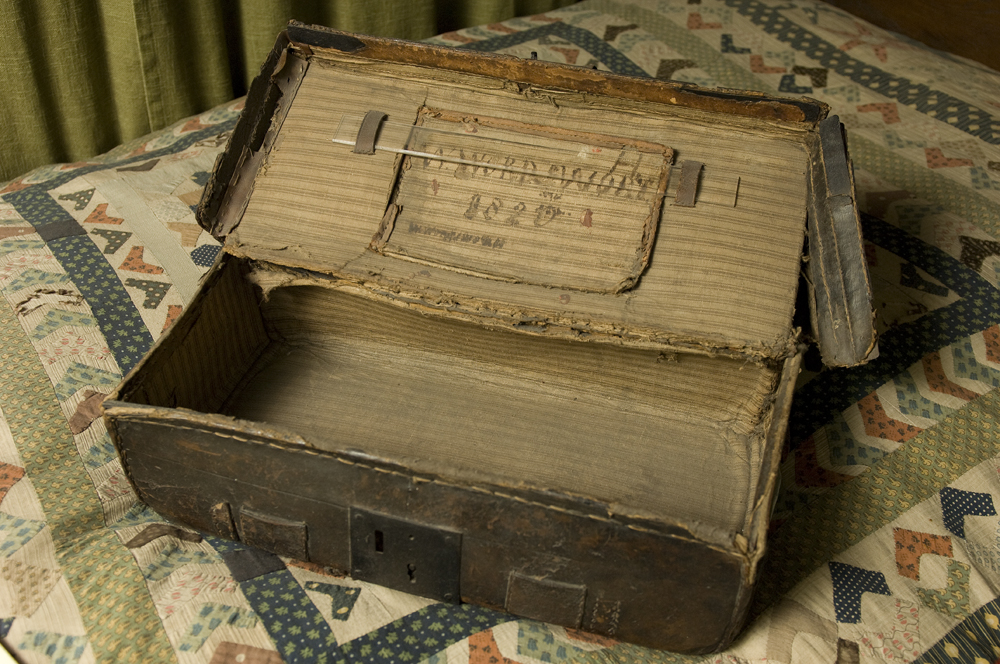 First I had to select a suitcase which would broadly be about the same dimensions and age as Wordsworth’s portmanteau. Admittedly, I don’t have much that might fit the bill, however, one of the items rescued from my grandmother’s things before she passed away was an old suitcase. 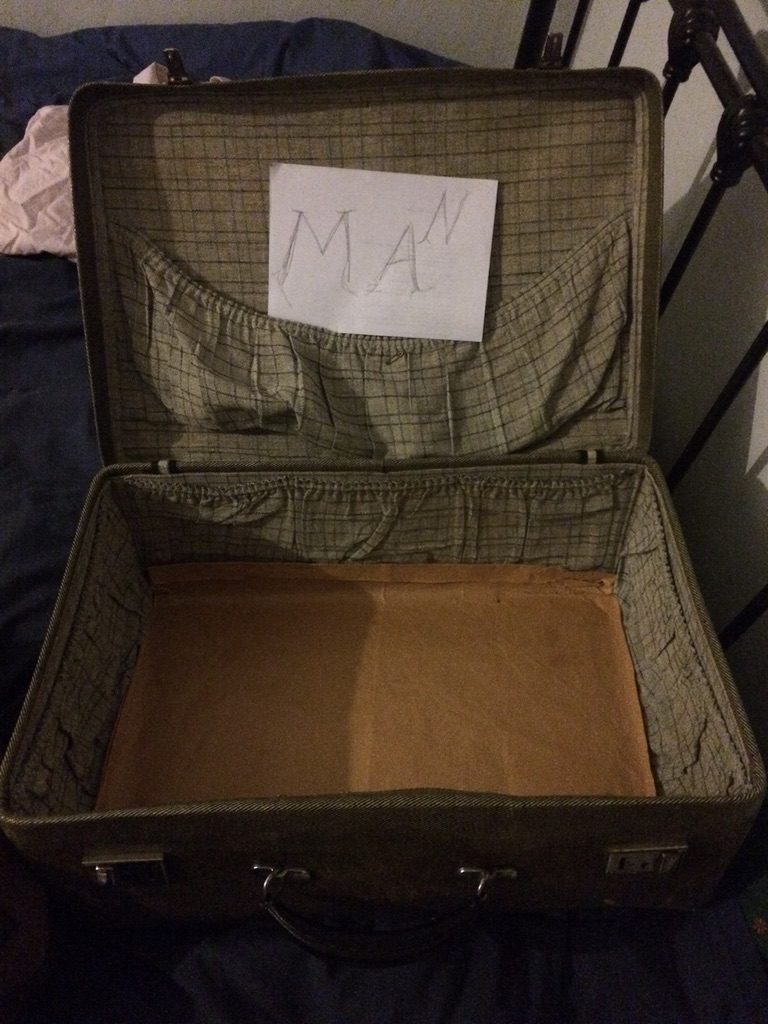 When packing, Wordsworth said that all that you needed for a month was:

There seem to be a couple of missing items, namely a pair of trousers and some suitable shoes and/or boots and a pencil sharpener. 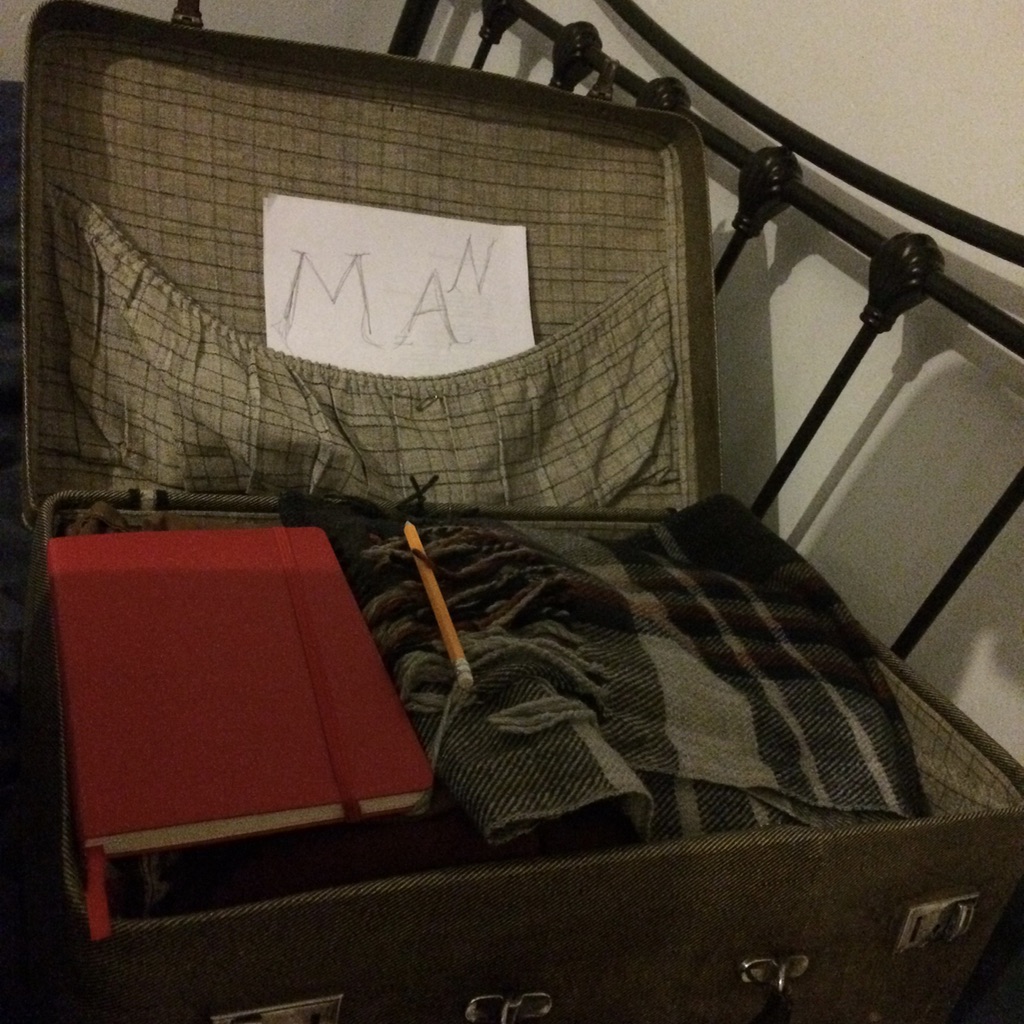 In general I would say the experiment was largely successful. I added in a scarf on the basis that I asked my friend’s cat, Komette, if one was needed and she agreed. Also there are other things a poet needs, a wash kit, some gloves, and it’s also helpful to have some reading material, preferably from the host country and a guide to the city, a dictionary and a phrasebook.

Wordsworth also used to take his passport with him, which was rather a different kind of affair to the biometric, RFID-ed modern UK equivalents. 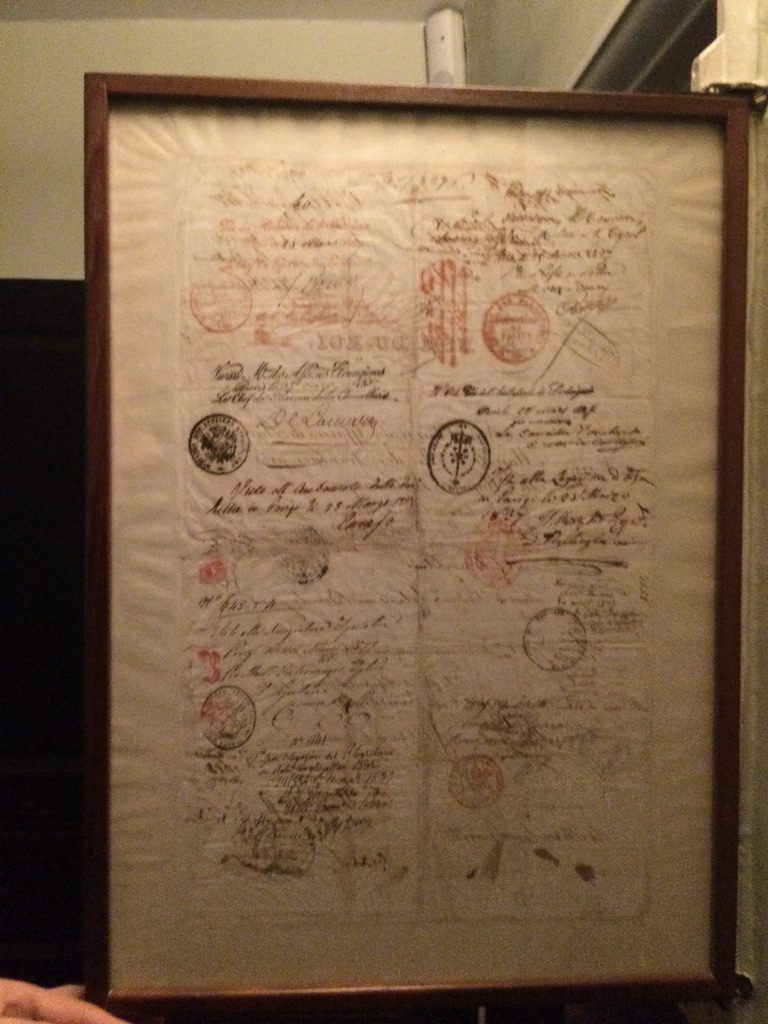 On the front of this document it includes a general description of Wordsworth’s appearance which sounds painfully matter of fact:

I’m not sure what a ‘medium’ nose is, but it does make you think: did they have a nose chart? It’s reassuring that even then passport ‘photographs’ were a source of embarrassment.