This week I visited Belle Vue Primary School in Carlisle and together we responded to Wordsworth’s poem ‘The Rainbow’, or ‘My Heart Leaps Up’. Dorothy wrote on Friday 26 March 1802, ‘While I was getting into bed [William] wrote the Rainbow.’ Both of them had been walking through White Moss, possibly on the way to Ambleside and Wordsworth had been struggling to finish another poem, Silver How, and instead this short poem appears to have arrived quickly and organically.

‘My Heart Leaps Up’

My heart leaps up when I behold
A rainbow in the sky:
So was it when my life began;
So is it now I am a man;
So be it when I shall grow old,
Or let me die!
The Child is the father of the Man;
And I could wish my days to be
Bound each to each by natural piety. 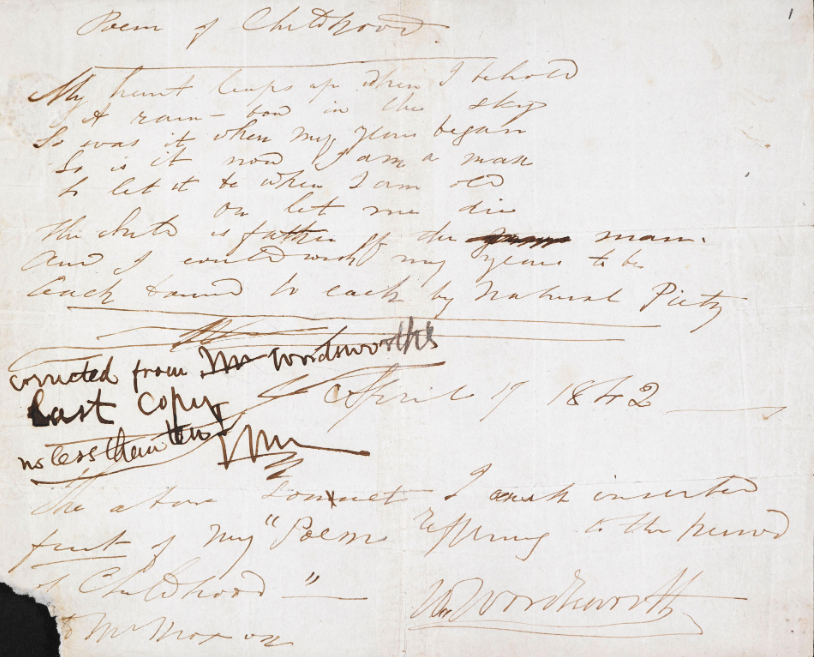 The route to White Moss would have probably been along the same path which leads from Dove Cottage to Ambleside, where Dorothy Wordsworth often walked to collect the post. After nightfall, I took Jennifer Essex with me and retraced their steps…

Fred Blick picks this up in his essay on the subject. In the poem Wordsworth pushes us through the present, the past and the future. When I arrived at Belle Vue, the pupils were working on tenses, and this raised the question of if we were to send a poem into the future, what would we put in it that would serve both as souvenir of our time on Earth now, and what we hope for the time when we grow up? Quickly humans with superpowers took hold, and the desire for time travelling cars, invisibility or winning a golden football boot all had their place in the poems.

Here’s Wordsworth’s original poem, and below, a playlist of our responses: